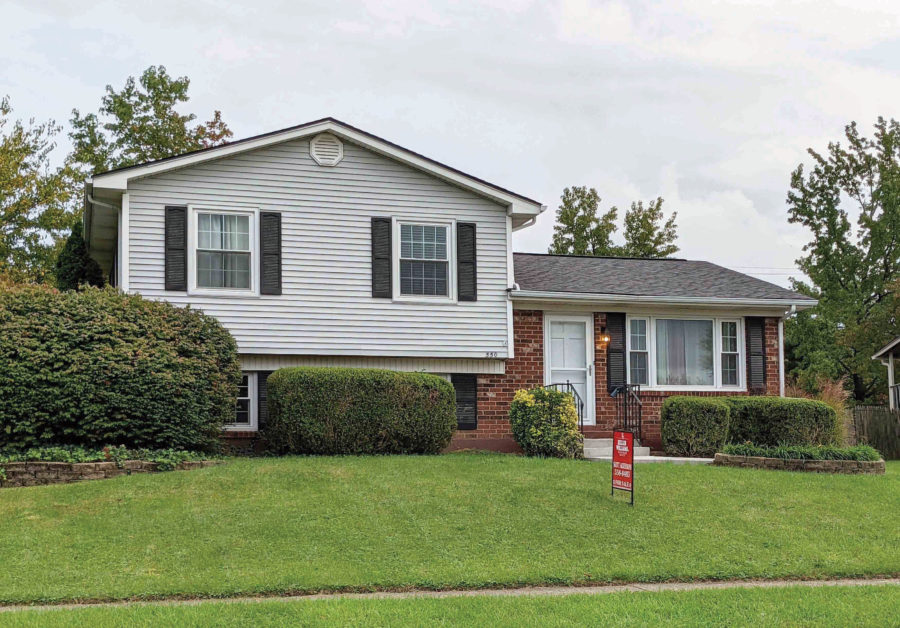 On the commercial side, the market has remained fairly strong over the past 12 months with a return to robust 2019 levels. Historically low interest rates are spurring the growth wave in both the residential and commercial sectors.

“Going into the cooler months, there are many signs that point to a strong real estate market,” said Kristy Gooch, president of the Lexington-Bluegrass Association of Realtors. “Homes are still selling extremely fast. However, the surge of (simultaneous) multiple offers has leveled off as inventory creeps up.”

Lawrence Yun, chief economist for the National Association of Realtors, said at a broad level, home prices are in no danger of a decline due to ongoing tight inventory conditions, but he does expect prices (on the national level) to appreciate at a slower pace by the end of the year.

“I agree with the national prediction,” Gooch said. “Local demand is still very strong, which will keep prices elevated, but double-digit (annual) appreciation shouldn’t be around much longer. We may start to experience a plateau in the fall months since the market finally took a deep breath and began to relax.”

The market for commercial property in Central Kentucky has been on an uptick in 2021, buoyed by low interest rates and assisted by population growth, especially in Georgetown.

Taking a look back in time, there were historic levels of commercial real estate growth nationally and regionally in 2019. The positive wave continued into January and February of 2020; however, after March 13, activity went on a 90- to 180-day hold due to COVID’s impact.

By fall 2020, investors, developers and lenders were again getting confident and comfortable with the idea of buying, selling and building. And for the last 12 months or more, the velocity has picked back up.

“Our office has done a lot this year in Georgetown,” said Matt Stone, managing director of SVN Stone Commercial Real Estate. “Not just for us, but for everybody in the industry, there’s been an incredible amount of growth in Georgetown.”

Examples of projects in Georgetown include the former Golden Corral site replaced with a 17,000-s.f. retail center, continuing construction around the Kroger Marketplace and Landmark shops, and activity around the Georgetown Community Hospital, including work on the hospital itself.

“We’ve continued to see the trend in retail in favor of the service side rather than hard goods in these new shops around Georgetown,” Stone said. “It’s physical therapy, nail salons, cell phone stores, restaurants, insurance companies and automotive repair. Companies like Rector Hayden real estate opened a new office in the Kroger Marketplace development. But you’re not going to see things like women’s clothing and shoes. That trend has been going on for 10 years, but it really got stomped upon during COVID, while service-oriented industries continue to grow.”

The growth in Scott County has come with some growing pains for their wastewater facilities, leading to a waiting list this year for new residential builds. Georgetown hopes a $50 million wastewater plant expansion project planned for completion in 2023 will ease construction permitting.

Brannon Crossing in Jessamine County has seen new construction and continues being built out, and Woodford County also is experiencing growth.

“We’ve seen some decent growth in in Woodford County, which is rare,” Stone said. “That’s related to Midway Station, which is right on Interstate 64 (at U.S. 62/421), where we’ve sold close to 15 acres of industrial land.”

So why all the construction activity all around Fayette County and Lexington, but not so much within?

Stone Commercial Real Estate brokered the $17.4 million sale of the vacant Richmond Road Walmart at Mist Lake Plaza. Stone sees the sale of the property to Lexington Motorsports as a real positive for Lexington, fitting in nicely with the city’s redevelopment mindset.

The sting of rising costs

Elevated lumber costs have fallen but along with supply chain issues have impacted both residential and commercial projects. However, most projects continue to move ahead toward completion. With interest rates historically low and borrowing power high, the sting of the added costs is softened because mortgage payments will come in at less than what they might have been.

Other large construction projects in Lexington include the second Amazon facility on Newtown Pike, a 143,000-s.f. delivery station, and a major reworking of Central Bank Center, a $300 million expansion by Messer Construction that will double the convention center space formerly known as Lexington Center next to Rupp Arena. In the Hamburg area, a $47.2 million middle school on active Polo Club Boulevard is in the design development phase, and a new hospital campus, Baptist Health Hamburg, is under construction.

Messer Construction is also working on a new project for Ephraim McDowell Health in Danville and it has completed work on the Turfland Clinic for UK HealthCare. Messer’s markets include aviation and transportation, federal/military and public, health care, higher education, industrial, and science and technology.

Gray Construction, a Lexington-based international firm that provides engineering, design, construction and smart manufacturing services, is working on projects all over Kentucky and well beyond.

As of mid-2021, Kentucky’s year-to-date new location and expansion announcements showed an economy resurging from the challenges of the past 15 months. Private-sector companies announced 50 projects totaling more than $2 billion in new investments and 4,000-plus full-time jobs.